Langtang-Gosaikunda Trek combines both remote and spectacular view of Langtang valley with the high mountains and holy Gosaikunda lake.

Langtang Gosaikunda trek is moderately difficult trekking route.  It is most popular trek in this region as this trek covers both Langtang and Gosaikunda lake region.  This trek will take about 14 to 15 days to complete.  Not only for the massive Himalayan views, this Langtang Gosaikunda trek is famous for its natural beauty, glaciers, holy lakes, numerous waterfalls, roaring rivers, Tibetan influenced houses, lifestyle and culture.  It is one of the closest trekking routes near from Kathmandu valley.  In just about 8 hours of bumpy ride, we can reach Syafrubesi, starting point of the trek.  This valley was completely destroyed during the massive 2015 earthquake.  Since then, this trekking region was closed, but recently with the reconstruction of the trekking route as well as houses and lodges in this region, this trail has been opened.  You will pass through Shivapuri National park and Langtang National Park during this trek.  Lush green vegetation, rivers hills, villages can be seen during this trek.  Wildlife and vegetation have been well preserved in this area.

We will drive from Kathmandu to Syafrubesi.  The road will take you through different villages.  It is about 6 hours of drive to both off road track.  After about 6 hours of bumpy ride, we will reach Syafrubesi where we will be staying overnight.  Second day, our trek starts.  We will trek through the bank of Langtang river.  After crossing this river via suspension bridge, we further continue our trek.  Trekking trail passes through a village mostly inhibited by the Tamang community.  This trail is also known as Tamang Heritage trail.  You will see people involving in different daily household activity while passing this trail.  Little chitchat with the local people here will help to know more about the culture and daily lifestyle of the people living in this region.

Langtang Gosaikunda Trek trail takes you through different villages like Bamboo, Lama Hotel, upper and lower Rimche Ghoda tabela, Langtang Valley, and Kyanging valley and then back to Sing Gompa, Chandanbari, Dhunche and Gosaikunda lake.  It is a very popular lake located at an altitude of 4336 m.  If you happen to trek around the Janai Purnima festival which is around August, you will see many devotees around this lake.  It is an easy trail with few uphill hikes.  You will be staying at the local teahouse and lodge.  Langtang valley, Kyanging valley is a small village with few teahouses and lodges.  You will be walking for about 5-6 hours a day during a trek.

Beautiful mountains like Langtang Lirung, Dorje Lakpa, and Sisha Pangma can be seen during this trek.  Also, glaciers, rivers, waterfalls, holy ponds, century old monasteries can be also seen during this trek.  Most of the people here are Buddhist, so you will see prayer flags, wheels, stupas, and paintings related to Buddhism.You will be walking through a dense forest of fir, oaks, rhododendron, and pine.  There are different wild animals in this area, so if you are lucky enough, you will also get a chance to see different wildlife like red panda, monkeys, lizards, and yaks.  February to April and September to December are considered as a best season to trek in this region.

Trekking Lodge while in Trek 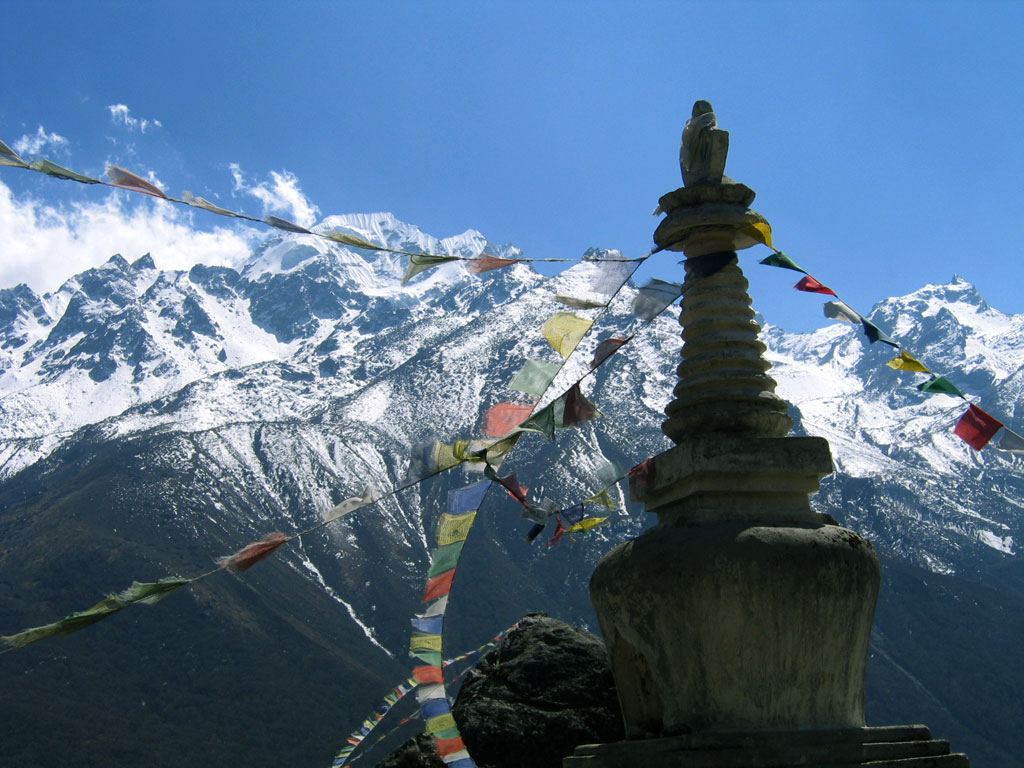